This Level 2 Diploma in Creative Media Production and Technology qualification provides you with an exciting opportunity to develop a greater understanding of the methods, skills and knowledge needed to create media products, as well as gain insight into the creative media industries and their career paths.

You will study two units in the first term that will introduce you to the skills, methods and techniques used in the creative media industry, this will then be assessed and the Award in Creative Media Production and Technology will be granted as long as you have passed all criteria.

Once the Award has been completed, the remainder of the course will consist of five formative units which may include projects revolving around creative media such as:
– Magazine Design
– Television/Radio/Print Advertisement
– Interactive Media
– Web Design
– Film Making
– Graphic Design
– Sound Design/Foley Production
– Photography
– Game Design

For each project, you’ll need to carry out both secondary and primary research, develop a media product to completion, and evaluation your ongoing process to improve your practice throughout the year.

The Level 2 Diploma in Creative Media Production & Technology is a coursework-based programme, meaning there are no exams. Internal assessment allows you to develop a wider range of skills and provide evidence towards meeting the unit assessment criteria. Each unit will contain different criteria that need to be met, some units may require written research assignments, practical evidence such as screen recordings of captured editing processes, the final media products such as a collection of edited photographs, or the evaluative reflections you make as you develop.

Units 1-7 are marked as Pass or Fail, and Unit 8 (Final Major Project) will be where you apply the media methods, skills and knowledge you have learnt in the previous units to develop a creative media product based on your interests / career goals. Unit 8 will be marked Fail, Pass, Merit or Distinction. If at any point you do not submit, or fail a unit leading up to the Final Major Project, you will be risking your place on the course.

All entrants must hold four GCSEs at grade 3 or equivalent (or above), preferably including GCSE Maths and English. If you do not have a GCSE grade 4 in Maths and/or English you will continue studying these subjects alongside your chosen course(s). At the end of the year, you are expected to have completed and achieved all the components of your Level 2 Study Programme and improved your Maths and English skills before progressing to your next level course

Upon completion, you can progress to the Level 3 Diploma in Creative Media Production & Technology here at Petroc. If you decide not to progress to the L3 CMP&T course, there are other suitable Level 3 courses you can apply for after completing Level 2 Creative Media Production & Technology. After completing the Level 3 course, university courses or apprenticeships of the same subject area are the usual progression from college. Careers you can expect to go into are vast, some examples being careers in the film sector, photography, design, marketing, animation, games design, foley creators, radio, interactive content creators etc.

As part of a creative media course, you will have access to a photography studio boasting prime lighting set-ups and changeable backgrounds. You will also have access to a range of audio-visual equipment, including but not limited to, filming and photography DSLRs, audio recording equipment, tripods, headphones etc. We also have access to an Apple Mac lab, as well as two other rooms with a mixture of Apple Macs and Windows computers, all with the Adobe Creative Cloud installed. All of our creative learners are also given remote access to Adobe Creative Cloud so you can work from a suitable computer at home.

Learning Technologies and Library Services offer relaxed, quiet and comfortable places to study. You will find a variety of private and group study spaces on campus and multiple computers that can be pre-booked. The college WiFi also allows you to bring your own devices to use within the college.

There are always friendly members of staff on hand to help you find information to assist your study, and you can borrow items including books, journals and basic media equipment from the Library.

Q: Who is the course for?

A: This course is for anyone who wishes to further their art and design education but did not get sufficient grades to go onto our Level 3 course. This course will give you the confidence to progress onto our Level 3 courses. You will need to be innovative, creative and motivated. You will have an open mind and be prepared to explore and experiment within this structured yet flexible course.

Q: What can this course lead to?

A: This course can give you the opportunity to build a portfolio to progress onto our full-time Level 3 Art and Media Courses as well as A-levels.

Q: Can I study GCSE Maths and English alongside this course?

A: If you have not achieved a grade 4 or higher in maths or English, this course is timetabled to facilitate study of GCSE maths and English alongside.

Q: What happens if I need help with my assignments?

A: All learners are given regular 1:1 support from their lecturers, workshops are arranged throughout the year, these sessions will be used to support learners in completing assignments.

The thing that I most enjoy about studying at Petroc is the atmosphere in the workshop and the tutors that really want to help you.

It was an obvious choice of mine to study at Petroc college due to its high achievers and many people I know have studied here and achieved great things! 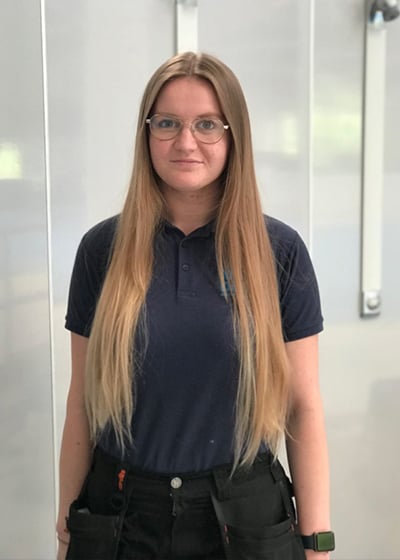 I chose to study at Petroc because it is a nice little college, with a lot of courses especially in the trades.