Skip to content
Home » About the College » Governors » Pat Denham 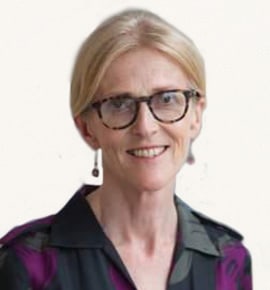 Pat was born in Solihull and went to school and university in the South East.

She has taught in various schools and colleges in the South East and South West and in Neo Liosia, Athens, Greece. Pat was appointed a Senior Manager at the Isle of Wight College during 1990 and supported preparation for Incorporation. Pat was appointed College Nominee and prepared the college for its first FEFC inspection. During this period, she trained as an FEFC part-time inspector. Pat successfully completed her Master of Business Administration and IPD qualifications.

Pat applied and was successfully appointed Head of Staff and Quality Services at Bridgwater College, Somerset during January 1996. During the period 1996-2003, the college achieved Beacon status and was recognised nationally as one of the most successful further education establishments in England. Pat was appointed College Nominee and prepared the college for a 2002 inspection that resulted in outstanding grades for all areas. Other roles undertaken included Clerk to Audit, Institutional Reviewer for two QAA reviews. Both QAA reviews scored 23 out of the maximum 24 points.

During January 2004, Pat applied for the post of Assistant Principal at South Devon College, meeting the challenges of preparing for an OFSTED inspection and moving to a new inspirational learning environment. Under her guidance and with the support of an exceptional Senior Management Team, South Devon College moved from unsatisfactory to good and finally outstanding in December 2008. Pat was appointed Vice Principal & Deputy
CEO in 2009.

Pat was awarded an OBE in the Queen’s Birthday Honours List in 2012 for Services to Further Education. Pat has two adult children and enjoys her family and walking. She is honoured to be a Patron of MPCT (Motivational Preparation College for Training) since 2011. MPCT is an outstanding learning/training provider based in England and Wales.